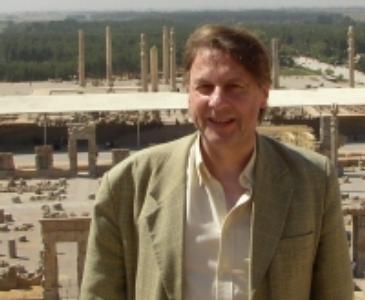 An earlier interest in interactions between theology and philosophy has now broadened out into one between theology and the wider culture, especially the arts. In my earlier career at Oxford (1976-90), I focused on the relationship with philosophy and this is reflected in my two major books from that period: The Divine Trinity (1985) and Continental Philosophy and Modern Theology (1987). However, thereafter with my appointment first to Durham in 1990 and subsequently to St Andrews in 2007 my interests widened to consideration of theology's relationship with the arts and culture more generally.

That interest is reflected in five books all published by Oxford University Press between 1999 and 2008. In the first two Tradition and Imagination (1999) and Discipleship and Imagination (2000) I explored the way in which the Christian understanding of biblical revelation has been affected by changes in the wider culture and in turn affected that wider culture. The history of art can provide some good examples, for instance in differing treatments across the centuries of the nativity or crucifixion of Christ. The later three then looked at religious experience and the way in which this might be mediated through the arts and culture. God and Enchantment of Place (2004) explored this primarily through landscape painting, geography and architecture, as well as, more briefly, in other neglected areas such as changing attitudes to garden design. God and Grace of Body (2007) examined attitudes to the body as well as music in all its forms (including pop music). Finally, God and Mystery in Words (2008) explored religious experience as mediated through drama and poetry and their expression in worship as liturgy and hymns.

However. a book published initially in French in 2010 La tradition kénotique dans la théologie britannique represented a return to more doctrinal and philosophical issues. An English version becomes available from Baylor University Press in 2011 under the title, Divine Humanity: Kenosis and the Construction of a Christian Theology. More details about its contents are provided in the next section.