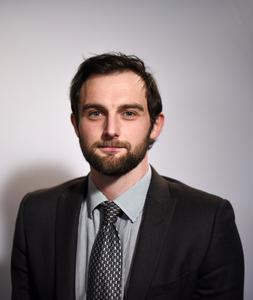 Andrew Torrance is a Senior Lecturer in theology and a co-founder of the Logos Institute for Analytic and Exegetical Theology, alongside Alan Torrance. Prior to becoming a lecturer, he launched and led the programme Scientists in Congregations Scotland, which explored ways of creating a constructive conversation about science and faith within the life of the Church. Andrew received his doctorate from the University of Otago in 2013, which focused on Søren Kierkegaard’s and Karl Barth’s theology of conversion.

Alongside his work in the Logos Institute, Andrew is currently (2019) a member of an interdisciplinary team of scholars, based at Baylor University, which is researching the nature of accountability as a relational virtue. As a part of this team, he is working on a monograph addressing the question of what it means for persons to live before God. Andrew is also a member of another interdisciplinary group of scholars, organised by Biologos, exploring the nature of human identity and personhood. Lastly, he is currently finishing up a book on Søren Kierkegaard and Karl Barth, which he is co-writing with Alan Torrance.

Aside from his academic work, Andrew is committed to ensuring that his theological work is publicly engaged. Among his various roles, he serves as: (1) theological advisor for Learn: an initiative promoting further theological teaching in the Church of Scotland and further afield; (2) a member of the Theological Forum for the Church of Scotland; (3) a member of the Advisory Council for the Grasping the Nettle initiative in Scotland; and (4) he has just finished up his time as member of the Society, Religion, and Technology Project: Looking at the Ethics of Technology for a New Millennium.

DI4915 - The Theology of Søren Kierkegaard