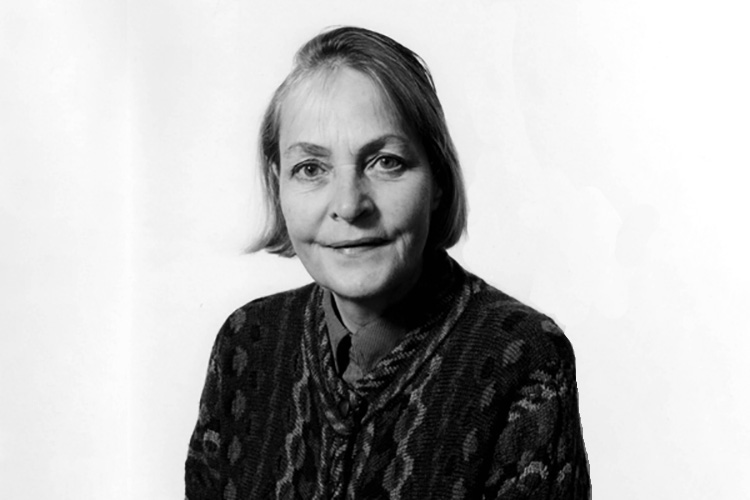 We have set up an appreciations page for Sarah which you can read and contribute to.

It is with sadness that we report the death of our good friend and colleague Sarah Broadie. Sarah had suffered ill health in recent times, most recently being diagnosed with a respiratory condition that largely confined her to her home in St Andrews. She was, however, in good spirits and enjoyed conversation and continuing her work including with the Philosophical Quarterly which she much enjoyed and through which she first came to know Moira Gilruth with whom she became close friends and who did much to look after her. I was closely involved, partly through the good offices of her stepson the philosopher Alexander Broadie, in her recruitment to St Andrews from Princeton in 2001, prior to that she held positions at Rutgers, Yale, Texas (Austin), and Edinburgh universities.

Sarah’s willingness to leave the US and come to Scotland, where she had held her first post, was due in no small part to her wish for her husband Frederick Broadie to return to the country where he had been recruited by John MacMurray to a lectureship at Edinburgh University. It was there that Sarah met and fell in love with him. In Edinburgh they shared artistic as well as academic company, exemplified by the partnership of George Elder Davie and his novelist wife Elspeth. Sarah was also appreciative of the work of Scottish painters of the period including Anne Redpath.

Frederick recognised Sarah’s brilliance and encouraged her to apply for positions in the US. At the same time, she was very proud of his musical, poetic and intellectual talents and achievements, having left school at 14 and serving in the RAF then going up to Oxford after the war. On his death in 2009 she wrote an obituary of him in which she recorded that in the last years of his working life he studied different aspects of the idea of Divine Creation. it is of interest that in the past decade she herself turned to that topic in its Greek philosophical expression producing a series of papers leading in 2014 to the publication of Nature and Divinity in Plato’s Timaeus.

Sarah was born into an academic and artistic family with a record of public service. Her father John Conrad Waterlow was a distinguished physiologist and nutritionist and her mother Angela (Gray) a keen painter. Her grandfather Sir Sydney Waterlow once proposed to Virginia Woolf, and his grandfather, the first Sir Sydney, was Lord Mayor of London, MP and donor of Lauderdale House and its estate Waterlow Park to London – ‘a garden for the gardenless’.  John Waterlow studied malnutrition among children, first in Africa and then in the Caribbean, and in 1956 established the Tropical Metabolism Research Unit at the University of the West Indies in Jamaica. In consequence of his fieldwork Sarah spent part of her childhood in the West Indies, later recalling its sounds and colours, and her mother’s depiction of the latter, with affection.

She went to Oxford to study Greats (Classics and Philosophy) as a student at Somerville College where she encountered Elizabeth Anscombe and Phillipa Foot. Being a serious, though not at all grim thinker herself she had great respect for the sustained intensity of Anscombe’s writings and observed that she thought ‘Elizabeth would not think much of my work”. She had in mind her career in historical scholarship but the doubt was entirely unwarranted. Sarah was both a first class philosopher and a first class historian of Greek thought, the latter in large part because of the first.

She was highly productive publishing very many article and eight books first as Sarah Waterlow: Nature, Change and Agency (1982; Passage and Possibility (1982); then as Sarah Broadie: Ethics with Aristotle (1991); Aristotle: the Nicomachean ethics, with C. Rowe (2002); Aristotle and Beyond: Essays in Metaphysics and Ethics (2007); Philoponus: On Aristotle Physics 4.10-14 (2011); Nature and Divinity in Plato’s Timaeus (2012); and most recently, published last month, Plato's Sun-Like Good: Dialectic in the Republic (2021).

Sarah was much sought after as a research supervisor and many of her former students have gone on to have distinguished academic careers. She was also greatly valued as a colleague in her various university positions and made strong and lasting friendships. She was among the top scholars in Greek philosophy in the world and was frequently invited to lecture giving her the additional pleasure of foreign travel. She was a prodigious reader of poetry, fiction and biography, and of academic subjects beyond classics and philosophy. She particularly admired a handful of British women writers: Margery Allingham, Elizabeth Bowen, Elizabeth Jane Howard, Hilary Mantel, Iris Murdoch, Muriel Spark, and Elizabeth Taylor.

Sarah’s arrival at St Andrews was welcomed by the philosophers and the classists with equal enthusiasm. The then Chancellor Sir Kenneth Dover was a great admirer and Sarah was a member of a number of reading and discussion groups including the private Laurentian Club, and Geisters (bringing together senior professors from arts, humanities and divinity) and the Greek Reading Group.

Professor Sarah was a member of several national and international academies: American Academy of Arts and Sciences (1990), Royal Society of Edinburgh (2002), British Academy (2003) and Academia Europaea (2006). Among the many acknowledgements of her work and achievements was an Honorary Fellowship of Somerville College, her appointment as OBE for her services to scholarship (2019), and an honorary D.Litt from Edinburgh in 2020.

Most eminent of all Sarah’s talents and virtues were her personal ones. She had a capacity for deep friendship showing affection but without sentimentality or showy display. She respected cultural traditions but had a distaste for shallowness and group thought. She was capacious in her interests, tolerant and open-minded, but also discriminating. She had both a strong sense of justice and a natural charity. She had high standards and was resolute in maintaining them, but also prudent in judgement, discerning of character and situations, and kindly and generous of her time and talents. She will be admiringly and lovingly remembered by colleagues friends and family. Among those she leaves behind are her brothers Richard and Oliver Waterlow and their children, and her step-sons Alexander and Jonathan Broadie and his children.