After a highly successful 25 year career as a newspaper journalist, John took early retirement when he was way too young and, having belatedly realised he couldn’t ski all year round, quickly became bored.

So he returned to university and studied for a diploma in Counselling, a field he finds anything but boring.  John, who also holds an Honours degree in History from Glasgow University, has since worked as a counsellor at Dundee University and Robert Gordon University Aberdeen, as well as in the voluntary sector.

He was taken on as a bank counsellor and support adviser at St Andrews in autumn 2014, before joining us as a permanent member of staff in July 2015. He knows from first-hand experience that we all get into a pickle at times and can benefit from help in sussing out the best way ahead.

John is currently addicted to running - best not to ask about it! He spends too much of the rest of his spare time trying in vain to tame both his jungle of a garden and the obstreperous family retriever.

The ASC
University of St Andrews 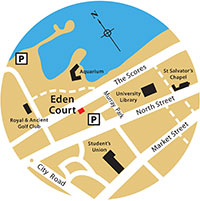