Using sonar mapping to preserve our oceans for future generations

There has been growing pressure from government, industry and public bodies to improve methods for monitoring, managing and protecting international marine assets. These marine assets include sensitive habitats with endangered or threatened species, culture heritage sites, and locations at risk of change as a result of climate change. Research into remote sensing techniques such as sonar, led by Dr Richard Bates, has had significant national and international reach for over a decade. This research has informed attitudes and awareness of global environmental and heritage issues and has also unlocked vital information that is being used to reduce potential harm to heritage sites, helping to preserve them for future generations.

Safeguarding our seas is a fundamental aim of the European Union directives and the UK Marine and Coastal Access Act (2009), which has resulted in the establishment of Special Protection Areas and Special Areas of Conservation. Sonar research development from the University of St Andrews has had widespread influence on international government and industry through accurate mapping of these assets, championing their importance and establishing new management strategies for their conservation.

Understanding the Earth’s complex surface structure requires a multi-disciplinary approach of geophysical, remote sensing methods. For over 40 years, seismic acoustic methods have been the mainstay of oil and gas exploration; however, the last decade has seen significant technology developments based on multicomponent wave fields. Initial investigations on techniques for characterising fractured gas reservoirs led Dr Bates to develop new methods for the application of acoustic techniques, in particular for multibeam sonar that included:

These developments allowed researchers to create 3D maps of the seafloor and sub-seafloor fabrics, structures and environments. Dr Bates and his team demonstrated the application of these 3D maps to multi-disciplinary fields spanning geology, biology, archaeology and environmental science. Publications were used to gain publicity for new sonar techniques for marine conservation management in the UK and elsewhere.

Using the sonar 3D results, Dr Bates obtained previously unavailable information on seabed habitats from ship-base measurements across European areas of conservation. This led to further adaptations for investigation and classification of threatened and protected species of deep-water coral in the North Atlantic. Following this success and increased interest in the research, the Smithsonian Tropical Research Institute asked Dr Bates to test the methodologies at key fishing protection zones in the Pacific Central Americas where traditional surveying had failed to recognise critical seabed habitats.

Recognition of the utility of sonar techniques for monitoring both short and long-term environmental changes led Dr Bates to experiment with combining acoustic with laser measuring tools for climate impact studies of marine-terminating glaciers in important locations such as northern Greenland. In these studies, laser scanning and sonar techniques were simultaneously deployed from bespoke vessels in extremely hazardous locations to measure rates of glacier calving and melting.

Greenpeace requested Dr Bates to join their expedition to northern Greenland to use his techniques to study the rapidly retreating, marine-terminating glaciers and areas of sea-ice melt, which are habitats to some of the most threatened species, such as the polar bear. Award-winning documentaries, such as Operation Iceberg, helped to increase the public understanding of critical climate environments; commissioned by the BBC and Discovery, this documentary has since been broadcast globally.

The impact resulting from Dr Bates’ research has helped to shape governmental policy and increase public understanding of marine cultural heritage and critical climate environments. Dr Bates was an external consultant for the MESH Project, an EU project to map European marine habitats. Subsequently, in 2009, all leading UK conservation organisations adopted procedures developed by Bates and colleagues for underwater surveying of fragile habitats. This also led to the creation of over 107 Special Protection Areas and Special Areas of Conservation.

Research looking at habitat evaluation in marine cultural heritage sites resulted in English Heritage seeking the development of new visualisations and the mandate to adopt specific protocols for monitoring important submerged cultural heritage, such as the UK designated and protected wrecks. Research on the submerged Neolithic remains around World Heritage sites in Orkney and Jersey revealed a lost world that caused widespread academic and public interest through a series on media engagements on radio, TV, internet and print.

Finally, three spin-out companies have been established as a result of the research. SOI Group Ltd, a company dedicated to marine habitat conservation based at the University of St Andrews, established their marine survey division. In 2013, marine industry leader DeepOcean UK acquired a 50% stake in Advanced Underwater Surveys Ltd, a company set up in 2008. Independent marine survey company, GeoSurv Ltd UK was also established in 2011 by one of Dr Bates’ students.

School of Earth and Environmental Sciences 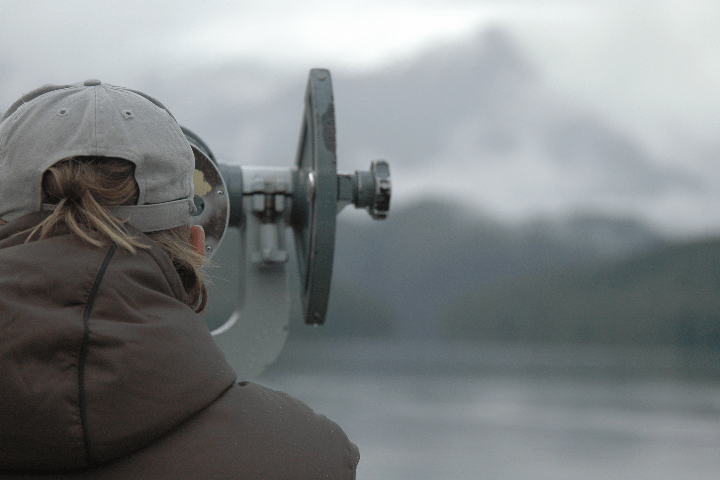 Research led to the creation of the ‘Living Links’ research centre for the study of primate behaviour and for public activities and education.