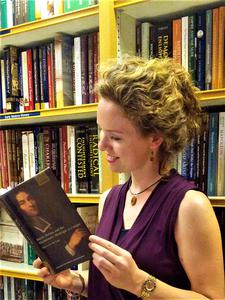 Is life worth living? Do the goods outweigh the evils of human existence? Could it ever be said for any being that it would be better for it never to have been? And if so ? what does that mean for the ethics of creation? My research examines the way in which these and other questions have been answered by philosophers from the seventeenth century up to the present day. Through a wide range of sources, from Bayle to Schopenhauer, I show how these questions spring from the early modern debate on the problem of evil, while the various ways in which they have been answered define the competing philosophical traditions known as optimism and pessimism. The resulting book on pessimism and the problem of evil is forthcoming with Princeton University Press.

My research is inspired by a double background in history and philosophy. Following the completion of my doctorate (DPhil) in History at the University of Oxford in 2014, on the seventeenth-century French philosopher Pierre Bayle, I held a two-year fellowship at the Lichtenberg Kolleg ? Institute of Advanced Studies in Göttingen (Germany). Before this, I completed a Master in Philosophy and a Research Master in Early Modern Intellectual History at Erasmus University Rotterdam in 2010, focussing especially on questions of interpretation and dissimulation in early modern philosophers such as John Toland. Having been awarded a Leverhulme Early Career Fellowship in 2017, I am currently pursuing a three-year project on pessimism and the problem of evil in the early Enlightenment at the University of St Andrews.