Dod Johnson (eleven years old) lives with his mother, and his dog Shadow, in a single room off the Hilltown in Victorian Dundee. He makes a living by delivering messages and running errands. One dark night in November he is asked to run as fast as he can to Mr Small, the baker, in the Hawkhill and warn him that he is in danger. Dod arrives just in time to (probably) to save Mr Small’s life.

Over the next few days Dod becomes more and more involved with the Smalls, and the mystery behind the attack on Bali, an Indian boy. He meets Captain Melville and his monkey, Rodriguez. He gets a pot of marmalade from Mistress Keillor. He sees William McGonagall playing Macbeth. And, when Betsy Small is in danger and the adults are wondering what to do – DOD TAKES CHARGE! 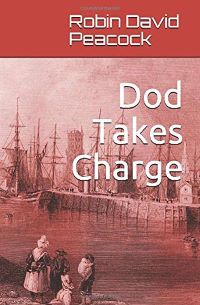