TO SLIP THE SURLY BONDS OF EARTH, BOOK TWO

With small colonies established on Mars and the moon, the Prometheus group struggle to increase the number living off Earth before breakdown of civilization occurs in the Western World and catastrophic numbers try to escape, which would see the colonies fail.

The search continues for genius children to help produce the science required. Some of these children, now adults, realize that space alone is not yet an option and they will likely have to fight a bloody rearguard action to retain, for a while, freedom in the free world.

It is unclear when the final cataclysmic conflict will begin. 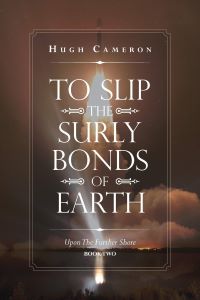