In an independent Scotland, Russia lays claim to a remote part of Scottish territory. As Russia attempts to manipulate the media, a Scottish radio producer fights back, getting herself noticed. Despite her best intentions, she falls in love with a Russian diplomat tasked with delivering Scotland into Moscow's hands.

As the country progresses to the brink of war, her love affair leads her to pit herself against a Russia heading towards winter and tests her belief in the man she loves. 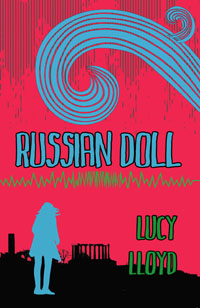