In 2056, Emily Caring is a college student in her early twenties when the United States erupts into civil war over income inequality and she becomes a refugee. Emily manages to escape arrest and make it on her own to a refugee camp.

Meanwhile, her father, a former state Attorney General, is imprisoned, accused of murder and abuse of power. Her mother and youngest brother are placed in a work camp, and her middle brother is missing. The four-year war splinters the United States into five countries: Northwest America, Confederacy, United North, Texas, and the New Republic.
Under this new system, citizens are tightly controlled. After the war ends, Emily is reunited with her mother and youngest brother in the New Republic. She develops a love interest, Ben, who is disillusioned with the new government due to its corruption.
Ben, Emily, and two of their friends plan to infiltrate and overthrow the new government. As Emily begins to fight for justice and equality, she also learns the truth about her family, and what it means to be a leader in this new world order. 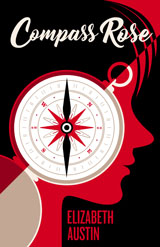