Arriving on Dubcrag Isle was supposed to be a fresh start for sixteen-year-old Flynn. A chance to escape the bad influences of the city; begin again with his estranged family. Keeping a promise to behave so that one day, he might be able to return home.

Trouble is, Flynn never knew that The Sleep was about to descend. Caught up in a night that’s been brewing for a hundred years, Flynn must fight to uncover the secret of the island, before the entire population is consumed, never to awaken again.
Attacked by nightmares. Stalked by The Light. Betrayed by those he should trust.
This is going to be a long night… 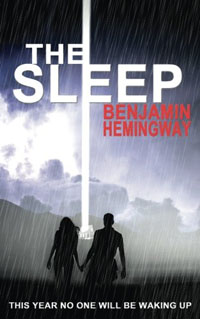