Winner of a CWA Award 1992 Commissario Trotti of Italy’s Polizia di Stato is called to the scene of the brutal murder of an old friend, schoolteacher Rosanna Belloni, who has been found bludgeoned in her apartment.

Trotti’s superiors warn him off the case, but he is determined to hunt down the killer. There are lots of loose ends. Rosanna’s sister, a notorious drug addict, is missing. Is a recent, unexplained suicide in the River Po connected to the murder?
Where does the discovery of a car dredged up from the delta fit in? Faced with a seemingly unsolvable mystery, Trotti must also grapple with obstructive colleagues and problems arising in his private life. 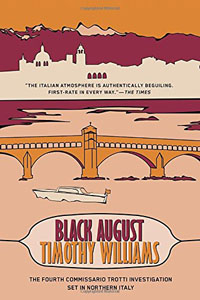