Anthropologist Esther King is working with the Tjulpan Aboriginal community in Western Australia. A mining company discovers gold under a sacred site nearby but accessing it means destroying the site. Esther determines to save it, especially when she learns that a massacre of Aboriginal people occurred there.

As she probes Tjulpan's secrets and history, she uncovers blackmail, abuse and deceit. She is threatened and her colleagues are attacked. A Tjulpan woman who confides in Esther that child abuse is endemic, is murdered. Undeterred, Esther's investigations lead to a showdown in the outback where she is left fighting for her life. 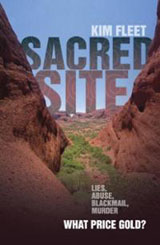