Saturus is a carefree Roman teenager from the province of Africa with an appetite for the seedier pleasures of life. Perpetua is a young and headstrong noblewoman embattled by the traditional views of her father. Both are drawn, each for their own reasons, to Christianity, the new and radical religious movement which is sweeping the empire. But why are so many of those around them so bitterly opposed to this new faith? And why are so many who embrace it willing to pay the ultimate price rather than give it up?

This novel is based on the true story of six North Africans who were caught up in this movement. It is a moving and inspiring story which takes us from folly and despair, through new courage and hope, and on to ultimate victory over fear and death itself. 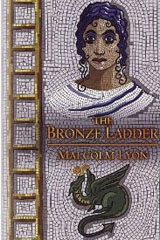